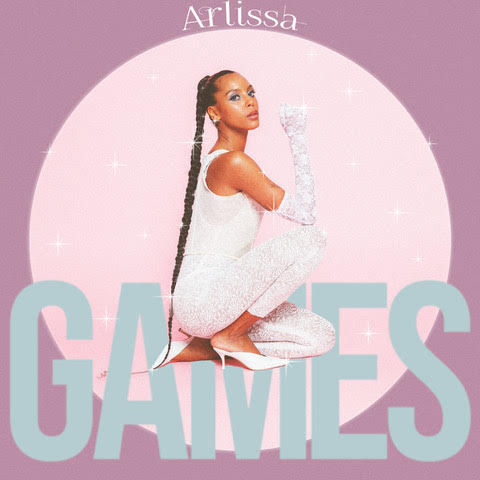 Produced by Ebenezer (Stefflon Don, Chris Brown, Ty Dolla $ign) “Games" is a funky, upbeat pop anthem, written by Arlissa when she was on the cusp of falling in love with someone she had only intended on having a short fling with. Both knew the circumstance of the relationship would likely lead to trouble, with both getting caught in the flames and ending up burnt.
Games is the next single of the long-awaited debut album The OPEN-HEARTED, which is set to establish her as the powerhouse singer/songwriter and the pop artist she’s been destined to become. It follows 2022 singles “Walking On The Moon”, “Don’t Text Your Ex”, “Take”, “Melody”, and “Pieces” ft Duckwrth.
Having written and performed on “We Won’t Move” from the critically acclaimed movie The Hate U Give, BTS’s “Spring Day”, Zayne’s comeback hit “Flames”, and “Eyes Off You” for Ariana Grande’s soundtrack for Charlie’s Angels, Arlissa has also collaborated with Homeschool, Bartees Strange, and Jonas Blue, and has been championed by the likes of NPR, Rolling Stone, Billboard, Harper’s Bazaar, Interview Mag and Vogue.
Stream/DL “Games” HERE
at January 20, 2023