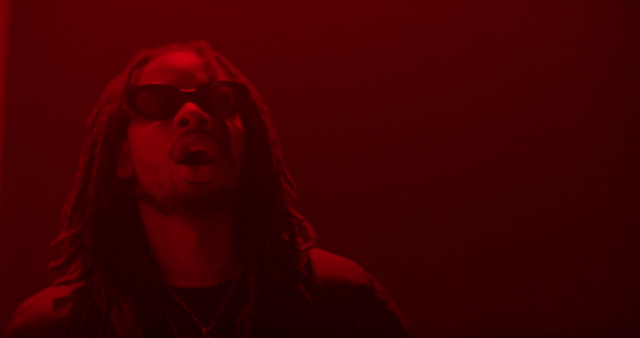 Renowned as one of North America’s first Grime emcee’s, Tre Mission returns with ‘Hennessy Pool’ premiered on Complex and taken from his forthcoming album, ‘Orphan Black’ due later this year.

The record follows the sensationally energetic and playful release of ‘Hockey’ and the darker introspective vibes from ‘You Can Have’, both of which appear on the tracklisting of Orphan Black, yet for Hennessy Pool, Tre Mission takes it further in to the Trap world, solidifying the fact that the album is going to delve in to every corner of his influence and give us an impressive cross section of it beyond any genre boundaries.

Set against bold blood red and black backdrops, and cut away shots of Tre Mission performing to camera of the local streets, the visuals for Hennessy Pool sets the tone for the trappy, ominous beat and cautionary bars.

Whilst making his print on the UK music scene via the grime scene as both an emcee and a producer, Tre Mission has always used his lyrical artistry over varying beats and tempos, and put them to practise alongside a slew of some of the worlds finest emcees too. Opening for the likes of Kendrick Lamar, J. Cole, Isaiah Rashad, Joey Badass, Earl Sweatshirt, Kaytranada, Tinie Tempah, Wiley and Skepta, he has also collaborated with Wiley, Skepta and JME for his album Stigmata, which went on to be nominated for a JUNO Rap Recording of the Year. His prolific productions have leant themselves to some of the UK’s biggest talents including Chip on ‘Honestly’ ft. 67, ‘Gets Like That’ & ‘Mad With It’, Jaykae ‘Knock Door Run’, Big Zuu on ‘Manual’ and ‘Remember Remember’ and even breakthrough singles for AJ Tracey on ‘Luke Cage’ and ‘Buster Cannon’.

With Fader honing in on his genre defiant ways quoting, “Mission stalks ground between grime, hip-hop, UK garage, reggae and dubstep yet never sounds anything less than right at home.” and Noisey referring to him as “an incredibly talented rapper”, Tre Mission continues to hit out quality and intriguingly unexpected twists to his repertoire as he launches Hennessy Pool and prepares to dive headfirst in to Orphan Black.