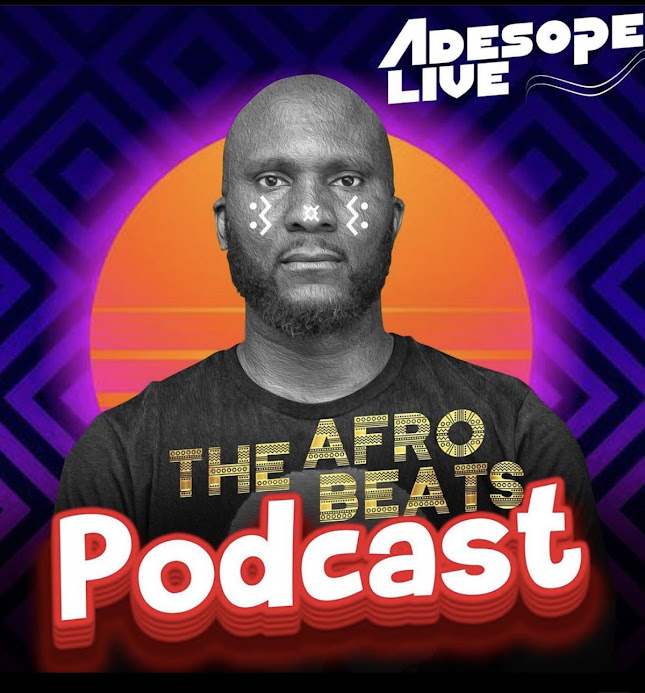 THE AFROBEATS PODCAST "Unless we celebrate our culture, NOBODY will celebrate it"
This podcast will focus on Adesope's take on culture headlines, celebrity guest interviews, new music, movies and film reviews, and of course, the latest social media viral stories!
EPISODE 4
On this week's episode Adesope discusses:
A continuation on the discussion of the #ENDSARS protests happening across the word including here in the UK Celebrity involvement regarding #ENDSARS including Davido, Wizkid, Falz and others Social media trolls took it to Twitter to criticise DJ Cuppy's involvement regarding the protests and whether or not she was being genuine Wizkid's anticipated album MADE IN LAGOS has been pushed back again for another week due to the protests in Nigeria, will Reekado banks be kicked off the album?
South African actress Pearl Thusi speaks on her struggles on having to deal with the hate she gets for being light skinned in the entertainment industry Casper Nyvoest reveals that he will NOT be signing any artists under his label, only producers.
Listen/watch here: YOUTUBE
Download: SOUNDCLOUD
Stream: SPOTIFY / APPLE
at October 22, 2020

Email ThisBlogThis!Share to TwitterShare to FacebookShare to Pinterest
Labels: Podcast