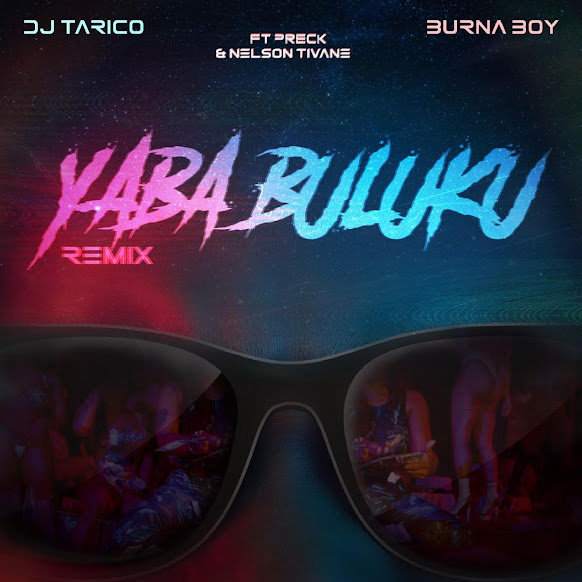 After weeks of much teasing and hype, Mozambique’s Yaba Buluku Boys’ much anticipated remix with Grammy award-winner, Burna Boy officially touches down today, and it is off the charts. DJ Tàrico’s mega hit ‘Yaba Buluku’ finally gets its due upgrade, swinging it back into 2021s top-ranking charts in all grandeur, thanks to executive music producer, Geobek’s smashing project: ‘’Geobek Standard’’. ‘Yaba Buluku’ remix is available on all digital streaming platforms globally here: https://music.empi.re/yababulukuremix.oyd
A thunderous and attention-grabbing record, Nelson Tivane and Preck’s energetic chants feel better than ever before, bouncing off the song’s electrifying production in seamless perfection. The remix’s big bad, Burna Boy doesn’t miss a beat either, infusing this sought-after version with a flavor no one thought it missed.
According to the song’s author, DJ Tàrico: ‘’The collaboration with Burna Boy is very amazing and will bear a lot of results for us. It will leverage our career to the highest level and we will do our utmost best to maintain this level that Geobek Records has brought to us’’. He adds: ‘’It was motivational for us to work even harder for Mozambican culture, bearing in mind that it's not easy to work in the Mozambican market. Goebek came like a God, right when we aspired to internationalize Mozambican music and our image, so we feel very honored that he believed in us’’.
Released back in 2020 as Mozambique’s response to ‘John Vuli Gate’ by Mapara A Jazz, ‘Yaba Buluku’ came off DJ Tàrico’s sophomore album ‘’Moz Piano Vol. 2’’ and quickly become Amapiano’s new poster song following its viral spread on social app, Tik-Tok; which steered in close to 38 million views for all tags that bore its name. This boom would see the song become a part of over 100 playlists on Spotify alone, eventually leading it to usurp every other song on the southern coast for Number 1 spot on the streaming platform’s Viral 50 South Africa chart amid numerous streams.
The official music video for the song also fetched in close to 2 million viewers on YouTube, prompting Nigerian media buff, Geobek to hand the song’s authors an invitation to spearhead his pan-African project ‘’Geobek Standard’’, thus culminating in a remix with Africa’s current hotshot, Burna Boy.
The Yaba Buluku Boys are on to get Mozambique a place in African music’s Hall of Fame and with the renowned Geobek seemingly paving their way, unbridled global success is the only standard.
at June 22, 2021