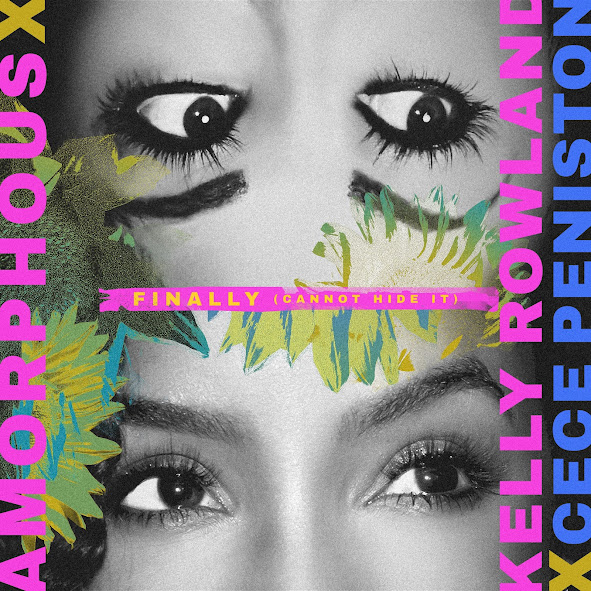 AMORPHOUS has put the music industry on notice since making a name for himself all over social media with his mash-ups combining modern hits with older classics. “When I think of music, it’s kind of like the soundtrack to my own life,” he tells Apple Music. 'For me, the way that I kind of just expressed myself—even in a way of kind of like dealing with certain traumatic events—was just me creating. That was my outlet.' After a quick rise propelled most prominently by a blend of Rihanna’s “Kiss It Better” and Luther Vandross’ “Never Too Much,” the Philly producer is ready to flex his musical prowess with his debut EP, Things Take Shape, which showcases what AMORPHOUS does best.
Although the EP is labeled as R&B/soul, the six-track project displays the Apple Music Up Next artist’s range as a producer and creator with fast-paced house-influenced beats that pull inspiration from some of his favorite producers, such as Timbaland, KAYTRANADA, and The Neptunes. A deep knowledge of music, which he attributes to his family, shines throughout the EP. “I had three different generations of music that was playing in the house,” he says. “My brother is my biggest music inspiration; he put me on to a lot of different kinds of music—Aaliyah, Brandy, Monica, Usher, SWV.” The opening song “The Wave” is a nod to these early-2000s touchstones, featuring a beat that sounds like Timbaland with a dash of Pharrell, laced underneath Brandy’s lilting vocals.
From “Back Together”—which features an assist from Kehlani, who revels in being free of an exclusive relationship—to club anthems like “Midnight Strikes” and “The Vibe,” the overall mood is euphoric. To keep the energy high, AMORPHOUS ends his EP with “Finally (Cannot Hide It),” an updated version of CeCe Peniston’s 1991 hit “Finally” that features vocals from Kelly Rowland and Peniston herself, and which reinvents the song as an anthem of self-love and empowerment: “The words you used to try to hurt me/Don’t mean a thing anymore/Finally/Oh, ain’t no stressing, ain’t no worries/It’s me I’m living for.”
at August 02, 2021