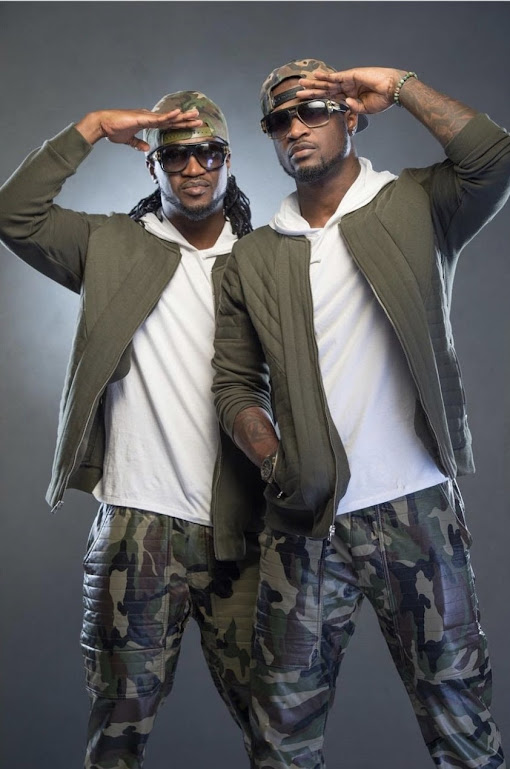 This is bucket list stuff. Once upon a time, I went to bed, wrapped in the arms of music from Psquare, the twin duo who made young kids believe that the stars can look like us. People who, in their prime, represented the pinnacle of African creativity and cultural impact. Electrifying twins who sang their way into our lives, who danced their paths through our formative years and deep into our adulthood. Peter and Paul Okoye aren’t solely legends. They are a part of Africa’s cultural real estate. They are shoo-ins to every African music hall of fame. Their works decorate every classic list, topping the crop in craftsmanship or showmanship.
Writing and securing these interviews is for a purpose. Mr P and Rudeboy—as they are known these days—are interwoven into our music history. Without contributions from these masters of art, Nigerian pop music cannot be curated. And even when they were far apart in love and business, the rapid growth of their individual careers is an indication of how strong their contribution has been.
Since their split in 2016 over the role of their manager, the twins have gone ahead to find their feet and, dare I say, to thrive in their rights. Peter Okoye—angered by doubts over his talent and musical craftsmanship—had sulked into his corner with a chip on his shoulder. Determined to prove the world wrong, he’s gone ahead to become Mr P. For his part, Paul Okoye has handled the entire split with the grace of a man who is assured of his place and status. Generally credited as the creative hub for the defunct group, he’s transferred that confidence into his solo career, offering hits with each release.
Born in Anambra state, Peter and Paul Okoye first struck out as part of an a cappella quartet, MMMP, before finding their feet as dancers under the group Smooth Criminals. After winning hearts and minds in Jos, The Okoyes struck out as a group in 1999, beginning a journey that has spawned six studio albums, a compilation project, and a lifetime of hits. A generation of revelers grew up to Psquare’s creativity as they consistently soundtracked the African pop circuits. For awards, their shelves have overflowed for over a decade. From the Headies to the MTV Africa Music Awards to KORA, a list of trophies stands beside their name. Simply put, they were the greatest duo to ever grace African music.
Despite their longevity, their breakup was poorly received. There’s a lingering feeling of loss within the music community with the absence of Psquare music. Theirs is a story that transcends art. Something about twin brothers winning together. Something about family being enough. No one asked for a solo career. We loved our duo as a unit. And when reality struck, the tears of music enthusiasts flowed. People made videos bawling their hearts out over the brothers’ decision to suspend the group. It’s crazy, right? Fandom can be a silly thing. Empty, perhaps. But it makes the wait between now and our deaths more fun. Psquare as a unit once filled that void and made our waking moments joyful. And while there will always be that feeling of what could have been, fans still keep tabs.
In 2021, Peter and Paul Okoye have both released albums. Mr P wore his brand as a title, naming his 16-track pop album The Prodigal. Rudeboy commodified money, family and love into an LP titled Rudykillus. Today on their 40th birthday, there’s talk about a comeback. That means new music, new videos, a heavy shot of nostalgia, and hope.
As a buildup to their debut solo releases, I talk to the brothers, individually, seeking insights into their new reality. What does it mean to strike out again after you reach the top? How has uncoupling from brotherhood and shared creativity influenced their lives and art? And most importantly, will Psquare give us another run?
The result is a two-part Psquare special. Which will be released next.
at November 18, 2021