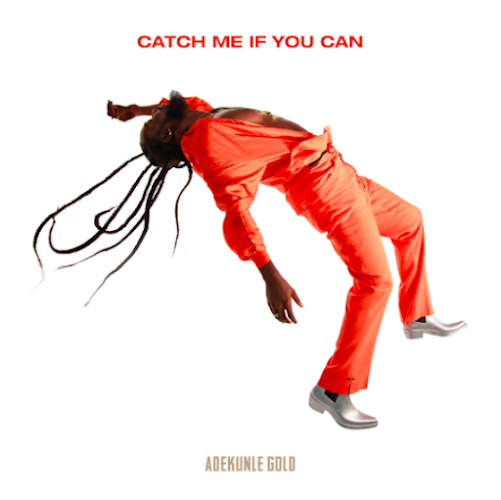 PRE-ORDER ‘CATCH ME IF YOU CAN’ HERE
STREAM ‘MERCY’ HERE
“The Nigerian singer has arguably the most purely beautiful voice in the Afrobeats scene. He puts his smooth yet earthy tones to seductive use here, with a swaying, deceptively simple chorus.” – THE GUARDIAN
“Adekunle Gold is back with another laid-back, body-swaying single.” – BILLBOARD
“His new single sounds like a victory lap.” – THE FACE
Hot on the heels of releasing his brand-new single ‘MERCY’, the ever popular Afropop sensation Adekunle Gold has now unveiled the tracklist for his highly-anticipated, forthcoming new album ‘Catch Me If You Can’ (out on February 4th on Afro Urban Records via Platoon).
Revealing the track-list today with an epic cinematic trailer, the 14-track project features brand-new collaborations with an array of world-class talent including Ty Dolla $ign, Stefflon Don, Fatoumata Diawara and Fousheé and the hit singles ‘It Is What It Is’, ‘Sinner’ ft Lucky Daye and ‘High’ ft Davido, which was one of the biggest singles of 2021 and continues to top charts across Africa and around the world.
Speaking on the ‘Catch Me If You Can’ tracklist reveal, Adekunle Gold said:
“How long it took to finalize the TRACKLIST is unforgiveable (sorry to my team) but all passengers are boarded and we are ready to take flight. Buckle up, it’s about to be a movie #cmiyc.”
Set to take the music world by storm, the new album will showcase more of Adekunle Gold’s signature, one of a kind combination of addictive melodies and razor sharp lyricism that has earned him a legion of fans across the world and 100s of millions of global streams.
The tracklist reveal comes just days after the release of Adekunle Gold’s showstopping new single ‘MERCY’. Fusing energetic Afropop with tropical dancehall elements and slick electronic production courtesy of Blaise Beatzalong with a mesmerizing intro from Simi - who also mixed the track, ‘MERCY’ sees Adekunle Gold triumphantly celebrating his evolution into a fully-fledged, international Afropop superstar, taking control of his journey and not allowing anything to dim his light.
One of the most recognisable and exciting pioneers of the Afropop genre, currently dominating airwaves across the globe – mixing Afrobeat with Pop, Hip-Hop and R&B influences, Adekunle Gold is one of the most elegant and innovative artists to come out of Africa. With the announcement of his forthcoming brand new album, fans can expect more of an insight into Adekunle Gold’s personality – stylish, timeless and ground-breaking.
‘Catch Me If You Can’ tracklist
About Adekunle Gold
Adekunle Gold is a Nigerian born and bred singer-songwriter based between Lagos, Nigeria, and Los Angeles. He gained recognition from his very first release, ‘Sade’ a love song which sampled instrumentals from One Direction's‘Story of My Life’. Just two weeks after its release, Adekunle was contacted by one of Africa's biggest acts, Olamide, to join his music imprint for two years.
Since then, Adekunle has released 3 albums: Gold (debuting at #7 on the Billboard World Albums Chart), About 30 (shortlisted for the GRAMMY® Best World Album), and Afro Pop Vol 1 which has amassed a staggering 228 million plus streams and spawned the global hit records ‘Okay’ and ‘Something Different’ 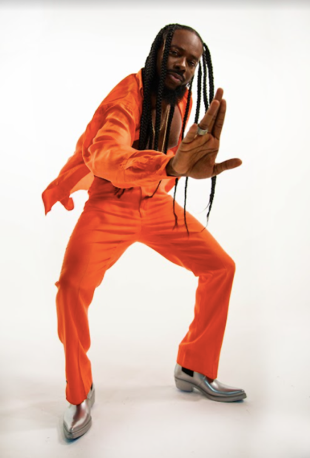