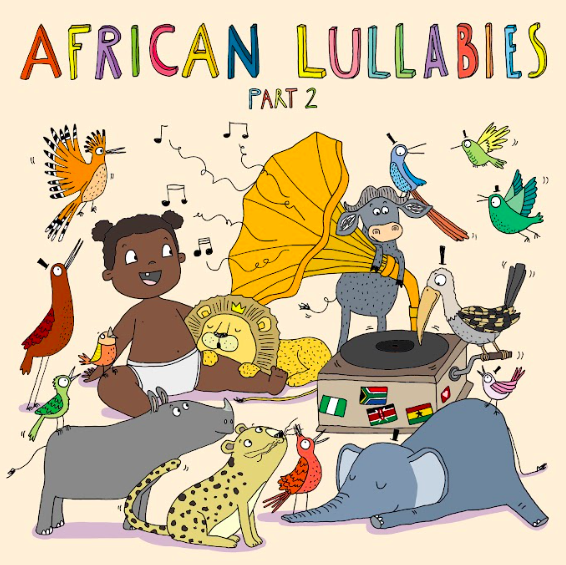 Platoon is celebrating Africa Month with African Lullabies Part 2, the second installment in the children’s music series African Lullabies. Taking a Pan African approach, African Lullabies Part 2 features top talents from around the continent including: Asa, Ayra Starr, Karun, Teni, Simi, WurlD, Olayinka Ehi, Tresor, Manana, Aymos and Ntsika.
Where its predecessor - African Lullabies Part 1 - focused on original compositions by South African singers and songwriters and was sung across various languages, African Lullabies Part 2, expands beyond the borders of South Africa and creates a diverse offering of children’s music in various African languages for babies on the continent and in the diaspora. Most of the recordings are original compositions by the artists, drawing from their experiences in parenthood, African folklore, while others are interpretations of previously released material arranged and re-recorded as lullabies.
On creating her first children’s song, Olayinka Ehi said, “It's important for African Lullabies to be made and it's great that we're doing this for younger children who will be able to play and sing this music for their children. We're starting something that can be passed down for generations to come. It's special for children to hear their language, the sounds that they're used to - it's a special moment for them and something that they will always remember and pass down to their children.”
Since July last year Platoon has ventured into the kid’s music space after recognising the vital need for a rich and diverse offering for children that catered to all kids regardless of the language they speak or the country they’re in, partnering up with musicians and children’s content creators from across the globe and many languages, to become one of the leading children’s music curators in the world.
The full tracklist is as follows:
Psalms of Suli - Hello Little One
Teni - One Day
Simi - Iya Ni Wura
Karun - Dream Lullaby (Wakarirü)
Tresor - La Vie Est Belle
Olayinka Ehi - Sweet One
Asa - Little Darling
Ayra Starr - Stars
Aymos - Lullaby Song
Ntsika - Busuku Benzolo
WurlD - Never Alone
Manana - In The Morning