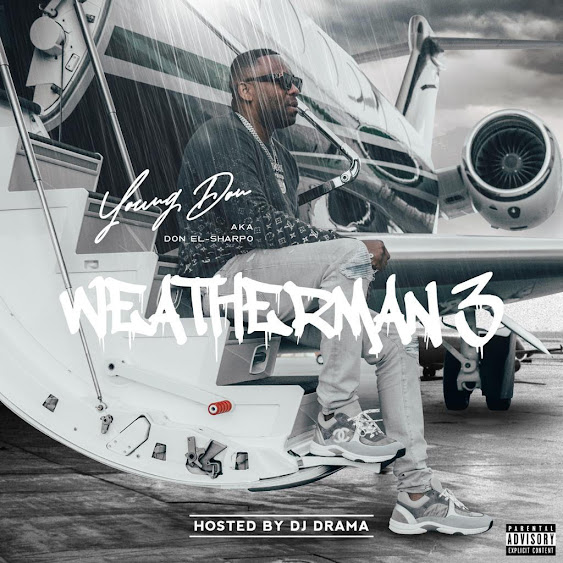 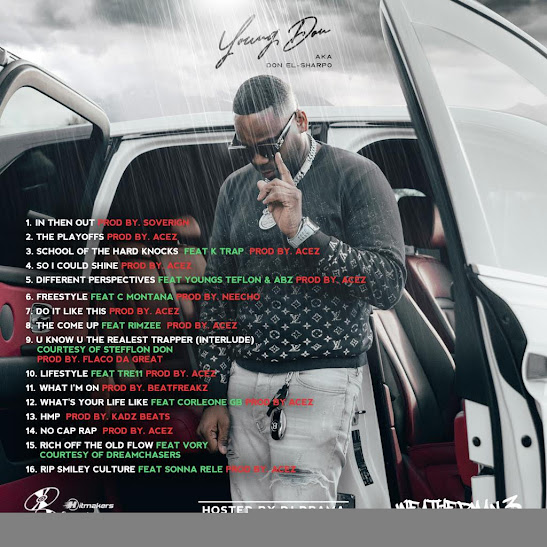 UK Rap artist Young Don releases his highly anticipated follow-up album in his trilogy of releases titled ‘Weatherman 3”.
Young Don is making a return to the UK rap scene with his ‘Weatherman 3 ‘mixtape release due Sept 24th hosted by DJ Drama with features from K Trap, Rimzee, Youngs Teflon, C Montana, Stefflon Don, Vory (signed to Roc Nation and on Kanye West’s new album) and more.
Young Don’s motivation behind the release of this album comes after working with DJ Khaled and Gucci Mane on his ‘Weatherman 2’ mixtape and his love for British Hip Hop garnered by the international support of his music.
Growing up in and around South London, Young Don has always displayed entrepreneurial skills in and outside of music, leading him to gain the respect of from industry heavyweights.
Equally, his love of music and savvy work ethic has allowed him to work with other artists such as Ace Hood, Vado, Bobby Valentino, Da BeatFreakz, K Trap, Stylo G, Qozo Medici, Youngs Teflon, Morrison, J Spades, Sneakbo, Fekky and Shaun White to name a few.
‘Weatherman 3’ album does not disappoint and is worth the wait hosted by award winner, DJ Drama, representing ATL.
DJ Drama who recently hosted Tyler the Creators new album, also plays the same role on ‘Weatherman 3. opening the album before leaving the sonic experience to let Young Don and his story telling bars comes through. ‘The Come Up’ is a notable track featuring Rimzee that is to the point, but very uplifting with its stress-free piano.
Queen of the UK urban scene Steff London provides a signature interlude in the middle of the 16-track album. Giving a voice to the streets, tracks with Corleone and K Trap have the character to be hits within the UK Rap scene with number one lyrical displays. Young Don attracted all these top features to ‘Weatherman 3’ to flow alongside him, providing clear evidence of his respect in the scene, not to mention the scope for success this album has.
Young Don – Weatherman 3 [Download/Stream]
https://album.link/i/1580026975
at September 26, 2021