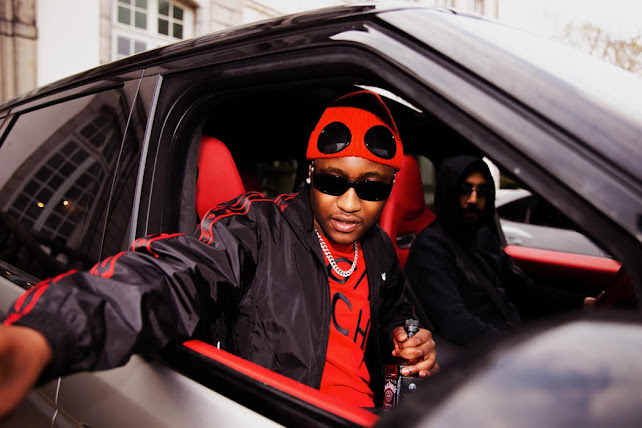 Gotti Maras, the No.1 Drill rapper from Belgium touched down in London to record his first ever freestyle, taking to the most popular series ‘Plugged In’ with Fumez the Engineer.
Born in Belgium, Gotti Maras is the honourable “Prince” of bringing UK drill to the Bx scene. Before rapping Gotti Maras was found on the pitch as a professional footballer in the Belgian Premier League. However, the fierce player was destined for the studio and has a score to settle.
The rapper from Brussels will be the first individual exporting Belgian Drill to the UK and he won’t stop there. With plans of a global domination, Gotti Maras has been invited to freestyle in France, including Frances No.1 rap radio ‘Skyrock’.
His freestyle series Bx Drill is home to Brussels and has reached over 10 million views with just 4 episodes. The series has been released with record label ‘Lucid Records’, created by Gotti Maras himself and friends.
A fruit of the lockdown society, Fumez created a platform where artists present their talent to the UK Drill scene. ‘Plugged In’ has gathered over 100 million YouTube views - and tallying. Fumez’s superior engineering influence has blessed the scene, with ‘Plugged In’ becoming the home to artists to unleash. Fans have been hitting up the platform about more international artists, so this one's bound to be greazy – and this week it's all about Belgium.
Coming in on this one with a vengeance - Gotti Maras kept true to his style taking his Bx flare on this vigorous instrumental. Rapping in Belgium, Gotti Maras talks about his life in raw form. His lyricism proves cold, rapping about his old life on the pitch to his entity now. Gotti Maras is highly revered in Belgium and now we know why.
These heavy-hitting bars have proven themselves and it's safe to say we have not heard the end of Gotti Maras in the UK!
at October 29, 2021